Now Open for Events and Weddings 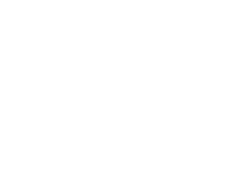 Welcome to the grand and elegant abode of Professor Marion E. Franklin, also known as the Castle House. Nestled at 415 North College Avenue, this grand structure was erected over a period of four years, between 1927 and 1931.

The idea for the Castle House came about when Professor Franklin, an Industrial Arts professor at Northeast State College, inquired of his wife, whom he had met at the University of Central Oklahoma, if she desired a residence of grandeur. Her flippant response led to the unique and distinctive design of the Castle House. Under the supervision of Professor Franklin, nine semesters of his students toiled to bring this grand edifice to fruition.

The Castle House is a two-story structure, with a visible basement and four towers, each adorned with crenellations, at its corners. The largest tower, located at the northeast corner, serves as the main entrance. The walls of the Castle House are constructed of small, randomly placed native limestones, which were pushed sideways into the wet concrete, creating an imposing fortress. The windows are 8-pane casement windows, allowing natural light to flood the chambers.

Due to the changing budget during the construction period, which coincided with the onset of the Great Depression, the design and construction of the Castle House were altered. The roof originally had red ceramic tiles, but these were replaced with red asphalt tiles to keep the cost low. In 1963, when the college extended College Avenue, a retaining wall and sidewalk were built next to the Castle House, which effectively cut off access to the one-car under-house garage at the northeast corner. This area was converted into basement living space, befitting a royal palace.

The Castle House was placed on the National Register in 2006 and is a beloved treasure in the city of Tahlequah. In 2017, new owners Mike and Tara Shelton began a beautiful restoration and upgrade of the Castle House, which was completed in early 2019. The property now also includes a stone chapel on the grounds that can be used as a wedding venue, fit for a royal ceremony.

READY TO BOOK YOUR EVENT?

Franklin Castle has nearly two decades of experience in the events industry. From exceptional catering and beverage services to stylish venues for wedding, corporate, and social events, our passion for the small details allows us to deliver a specialized experience for you and your guests.